Charles Kingsley was a broad church priest of the Church of England, a university professor, social reformer, historian and novelist. He is particularly associated with Christian socialism, the working men's college, and forming labour cooperatives that failed but led to the working reforms of the progressive era. He was a friend and correspondent with Charles Darwin. 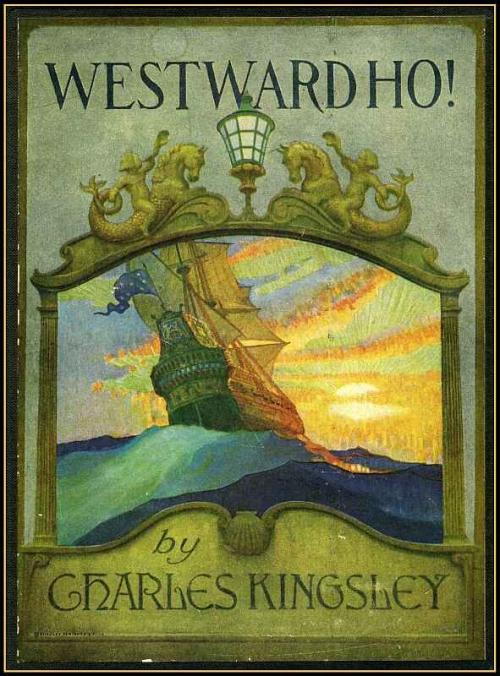 The seaside resort of Westward Ho in North Devon would never exist as it does today had it not been for the existance of Captain John Oxenham of The Oxenham Arms and Charles Kingsleys book. In 1855, Kingsley wrote his book Westward Ho !  The front cover illustration and entire 1st Chapter were dedicated to the daring life and exploits of the privateer and sea dog Captain John Oxenham of South Zeal, recalling his brave exploits and raids on the Spanish fleets in South America.

Westward Ho! is noted for its unusual place name. The village name comes from the title of Charles Kingsley's 1855 novel Westward Ho! , which was set in nearby Bideford.

The book was a bestseller, and entrepreneurs saw the opportunity to develop tourism in the area. In 1863 . The Northam Burrows Hotel and Villa Building Company was formed.

"This Company has been formed for the erection of a Family Hotel, on an Estate purchased for the purpose immediately contiguous to Northam Burrows, and of Villas and Lodging Houses for Sale or Lease. The want of such accommodation has long been felt, and as no attempt to supply it has hitherto been made by individuals, it is deemed to be a legitimate project to be undertaken by a Company. The salubrity and beauty of the North of Devon have long been known and appreciated. Sir James Clark has placed it in the highest position for health-giving qualities;and the recent publication of Professor Kingsley's Westward Ho has excited increased public attention to the western part, more especially, of this romantic and beautiful coast. Nothing but a want of accommodation for visitors has hitherto prevented its being the resort of families seeking the advantages of sea bathing, combined with the invigorating breezes of the Atlantic."

The hotel was named the Westward Ho! Hotel, and the adjacent villas were also named after the book. As further development took place, the expanding settlement also acquired the name of Westward Ho! The exclamation mark is therefore an intentional part of the village's name.

Today, Westward Ho remains the only place name in the United Kingdom with an exclamation mark in its spelling !

1907 Lord Kitchener, The Major and The Lady

The Major was a collector of fine European art paintings. Tourists and guests, mainly Americans would visit The Oxenham Arms. In addition, The Major had amassed the worlds largest collection of matchbox covers. and he stuck these to the passagway walls on the upper floors for hotel guests to see. The photograph shows the Major in our Haytor room, a room in which he housed his permanent display of matchbox covers. As time went on however he grew tired of repeatedly answering the same questions to American hotel guests and so wrote to The Times newspaper requesting that no more Americans should book rooms in his hotel. He was according to the Times, the first Englishmen to generically "ban" Americans. "The Major" was a big pipe smoker.

Frequently over the past 50 or so years, guests have reported smelling pipe smoke around 8.30AM in the morning and around 9PM in the evening. The Major and Lady Kitchener had no children and so when he passed away in 1941 The Oxenham Arms was sold. However he had two items displayed in the bar which were owned by Lord Kitchener and given to him and his wife as presents, , a middle eastern knife and a ankus, (a device for controlling the direction and speed of an elephant) . Both of these items are still on display in the 1477 bar.

1936 Wills tobacco and The Old Inns of England. 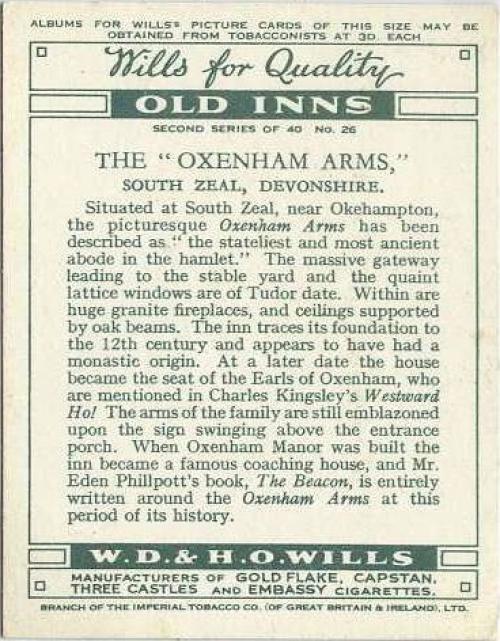 In the year 1936, Wills Tobacco company of England, designed and released a full set of 40 Cigarette cards for their customers to collect which listed the Inns which in their view were the oldest and finest inns throughout England.  The Oxenham Arms at South Zeal was one of those Cigarette cards. These lovely sets of cards are still available on the secondhand market often on Ebay if search for Wills Inns of England

The Author Eden Phillpotts 1862-1960, The Cawsand Beacon and The Barmaid 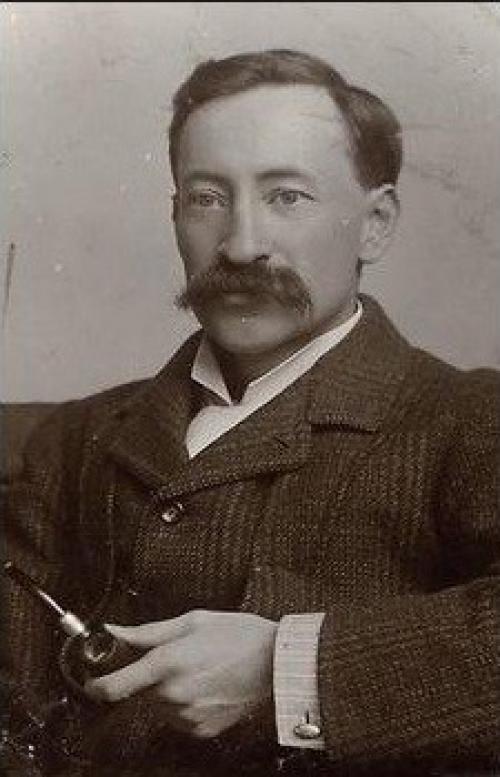 Eden Phillpotts was an English author, poet and dramatist. He was born in Mount Abu, India, was educated in Plymouth, Devon, and worked as an insurance officer for 10 years before studying for the stage and eventually becoming a writer. He was a great friend of Agatha Christie and she often visited him at his home. One of Phillpotts works became "The Farmers Wife" a film directed by Alfred Hitchcock.

The Beacon. In 1911, Phillpotts wrote an epic 375 page fictional work called The Beacon. The book was based entirely around The Oxenham Arms and South Zeal. In dramatic Dartmoor background, it told the story of a young girl from London, Lizzie Denshaw who came to South Zeal village and became a bar girl here. Mystery, drama, intrigue and a murder, all told around the Oxenham Arms and South Zeal and Dartmoor. The book describes the Oxenham Arms in detail including a squeaky floorboard on one of the upstairs landings... which still squeaks today, over 100 years later !